Why I’m not worried about the election

From across the room, I saw it: the blinking red light. I rolled my eyes and sighed.

“You might as well play them back,” my husband groaned.

I punched PLAY and heard, “You have 8 NEW messages.”

With each automated voice, I jabbed ERASE. “I’ll be so glad when this is OVER,” I complained to Steve.

Is anyone else sick of the tsunami of publicity this election year? Television commercials, newspaper ads, “robo” calls… The waves have even crashed through the walls of social media. With less than a week before the election, both parties are surging.

I’m ready for it to end. 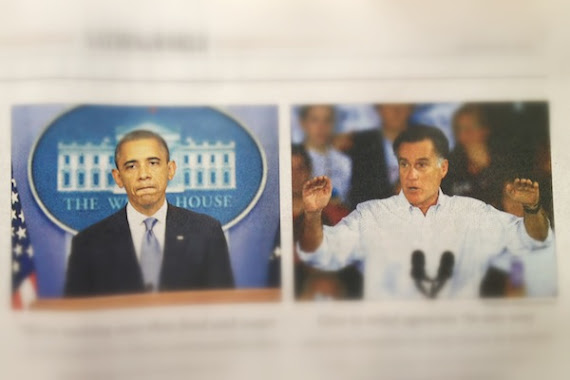 And I’m not worried about who wins.

Oh, don’t get me wrong. It’s not that I don’t care or have a preference, because I do. In fact, I’ve prayerfully considered the issues and already cast my vote. I’m not worried because of a lesson I learned from Daniel:

“Praise be to the name of God for ever and ever;
wisdom and power are His.
He changes times and seasons;
He sets up kings and deposes them…”
~Daniel 2:20-21

Did you catch that? GOD sets up kings (and presidents).

And once they take office? They become servants of GOD, whether they realize it or not.

We think the issues facing us in this election are unique, but they’re not. Economic woes, national security, personal well-being, etc. have been concerns throughout the centuries. As King Solomon mused, there is nothing new under the sun, including rulers we might not like.

One of my favorite accounts is found in Jeremiah. Three times God referred to the pagan Babylonian king, a man who would take His children captive, as

A servant of God? Really?

That’s a tough one for me to understand, but I’m looking at it from a limited, human perspective. God’s perspective is much different:

If He considers earthly leaders His servants, then so will I.

It is better to trust the LORD than to
put confidence in people
or government or a job or retirement plans
or the economy or the military
or health care plans or…
~Ps 118:8 (suz)

And that’s why I’m not worried — God’s got it covered!

I’ll PRAY for the resident of 1600 Pennsylvania Ave, but
I’ll TRUST in the Ruler of heaven & earth!
(Tweet me!)

I love a good “controlled” scare. Would you believe there’s evidence that it might actually be beneficial?

Things like a good jump scene in a movie or someone sneaking up behind me. And I have a special fondness for rowdy roller coasters.

My son—grown, out of college, and on his own—still delights in making his mama shriek. But Mama has a few scary tricks up her own sleeve.

What my fracture boot is teaching me about my walk

After spending the better part of 2013 searching for relief from my foot pain, I had surgery (Jan 9th). The first week was painful, but thankfully I’m on the mend and off my crutches.

The boot, I’m afraid, is here to stay for a while.

It’s all-good and will be worth it when I’m back to exercising in the spring, hopefully without pain. In the meantime, I’m schlepping this crazy boot. Believe it or not, this thing preaches to me.

The ER isn’t usually a funny place, but funny conversations happen there

I don’t mean to. Really. I know it’s important to be fully present and feel the weight of the moment, but for some reason my contemplative self passes the baton to my snarky self and off she goes.

One of the most sobering things of late has been my mom’s stroke. Few things upend your family’s world like a stroke does.

For years I recorded prayer requests of stroke victims and their families. And I prayed for them, but I had no idea what they went through.

Now I know some of the struggles and decisions and heartaches. I also know you can find joy where you least expect it. Like in the emergency room.

Are you getting these posts in your inbox?

Subscribers receive posts delivered hot and fresh to their inbox as soon as they're published!

AND you'll get access to some random resources created especially with YOU in mind.

Thanks for stopping by. I’d love to hear from you!

I do too, but you know what I hate more?

I'm not one of those people who spam your inbox every day. That's not my style. I blog ONE time a month and send out ONE newsletter a month. And I work hard to make sure the stuff I send you is HELPFUL.

If you decide to unsubscribe later, I promise -- no hard feelings.